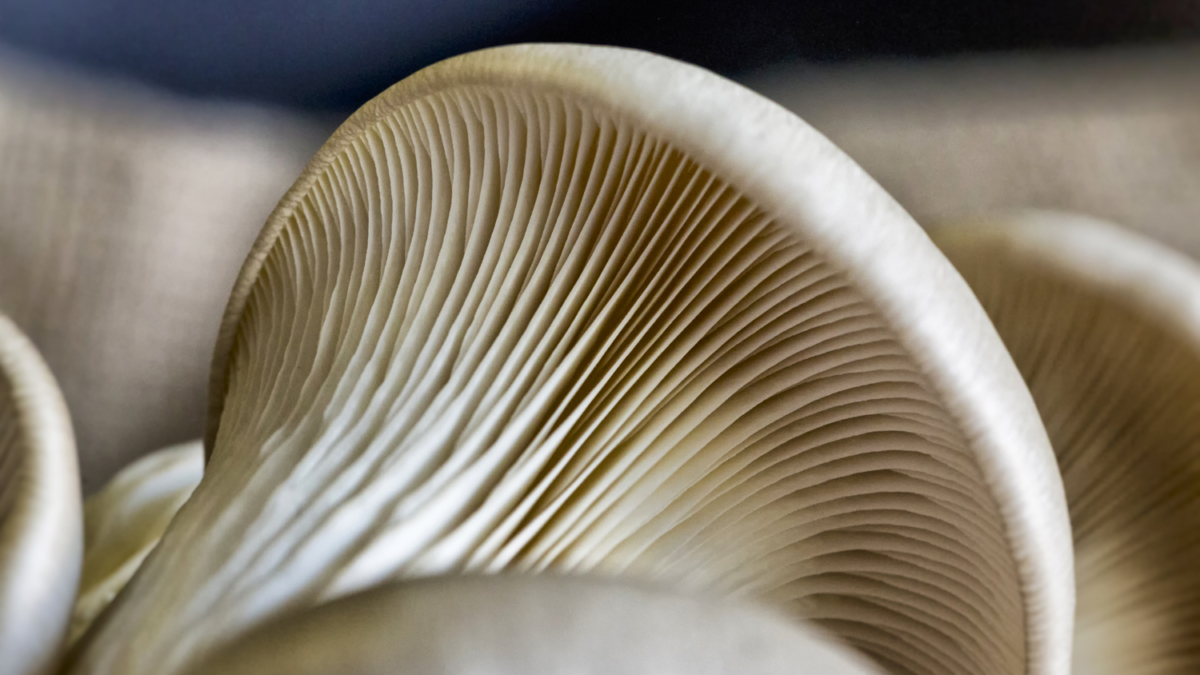 More than common ground: How the start-up Pilzkiste in Graz turned into a mushrooming business by following their regional and sustainable values.

‚An advertising manager, an actress and a Germanist meet in a bar‘– what sounds like the first line of a joke is in fact the beginning of an impressive story about a friendship.The protagonists: Jasmin Kabir, Mercedes Springer and Nina Bercko. The extras: Thousands of beautiful oyster mushrooms. But we’ll get to those later.

Perhaps it’s her academic background that gives Nina a certain Amy-Farrah-Fowleresque charm. As a young girl, she wanted to become a carpenter, but her grandma insisted on her doing her matura (the Austrian equivalent of the A-levels). So instead, she first worked in the male-dominated sector that is structural engineering, then in a call centre to obtain a scholarship, took up her German studies at age 29 and taught at university. Until Jasmin approached her with the concept of Pilzkiste (literally, “mushroom box” in German). “Thank god”, she confesses. “After all, I’m not really a scientist.”

Founder of a start-up and farmer seems to be a more fitting description. The same is true for Jasmin and Mercedes, who boast equally versatile curricula. Jasmin and Nina are old childhood friends, who always contemplated the idea of working together. After many years in gastronomy and advertising, Jasmin started to feel the urge for a more purposeful job. By mere chance, she came across the start-up RotterZam in the Netherlands while watching TV. Its concept is to cultivate mushroom on coffee grounds in an abandoned swimming pool – a combination of urban farming and zero waste. Their idea convinced Jasmin to get started and the pitch to her friends also was easy as pie. As Nina puts it: “Jasmin asked us if we wanted to join her and a second later we were mushroom growers.”

The advantages of the project are more than evident: Coffee grounds and shells, a waste product in cafés and coffee roasteries, get a second chance to shine instead of going straight into the bin. They are the fertile ground for a high-quality product: oyster mushrooms.

This pays off on multiple levels for the three founders as well as their partnering cafés: The coffee grounds contain a considerable amount of humidity, which means the mushroom farm does not require any additional irrigation throughout the entire cultivation process. The café owners are more than happy to contribute by donating their coffee grounds – after all, at an average of 100 to 200 kg per week, this means they can reduce their waste by an entire garbage bin. The adaptation is considerably easy for them: They merely need to separate the coffee grounds from the rest of their waste and keep it in the refrigerated storing room during summer. On one of their three weekly tours of the city centre of Graz, a member of the Pilzkiste then picks it up with the cargo bike – sustainability obliges, after all. It’s mandatory these quality standards are met, which is why some of the partnering cafés are forced to pause the collaboration in summer if they don’t have enough space in the refrigerated storing rooms for the coffee grounds. “They were devastated when we explained this to them”, Mercedes recalls. “Our partners are thrilled to be part of the project.” Jasmin adds: “As soon as the temperatures go down, they contact us asking if they can participate again.”

Coffee to go, mushroom to stay

Evidently, sustainability isn’t simply a marketing gimmick for Pilzkiste, but the value at the heart of their philosophy. „It’s what we live by. If we added up all the waste we produce, we’d merely have the plastic bags for the mushrooms to show. At the moment, we are negotiating with producers of alternatives to plastic in Austria and abroad to replace them. Basically, our production is a circle”, Mercedes summarises. Even after nourishing the mushrooms, the coffee grounds still hold many nutrients and thus make the perfect resource for compost – even if currently merely for their private use.

From an outsider’s point of view, the project seems quite simple. Despite their green thumbs, the three friends still had to learn how to cultivate mushrooms from scratch. For example, that growing mushrooms can be hazardous to the health since the spores grow everywhere – even in the farmers’ lungs Hence, they opted for a variety without spores, imported from Hungary. Jasmin, Mercedes and Nina consciously compromised their regional philosophy to import the mycelia (i.e. the threadlike fibre which constitutes the actual mushroom) to avoid genetically modified products. By the way, despite the strict regulations regarding the production, their oysters are not organic for a very simple reason: The founders would need to prove the coffee grounds are exclusively from organically grown coffee, which is merely impossible. “We could obtain the organic certificate immediately, if we bought straw readily fertilized with the mushrooms from Poland and simply cut them open here on site. Then we’d be able to sell them as organic mushrooms from Austria”, Jasmin explains the paradox.

Nevertheless, the non-organic regional mushrooms grown in Graz don’t fail to impress with their flavour. The resourceful fungus has even sparked the interest of researchers at university. Their chemical composition is nothing short of astounding: The coffee-grown mushroom contains hardly any pesticides. Compared to mushrooms collected in the woods, the radioactive contamination, absorbed from a contaminated ground, doesn’t impact them either.

Contrary to what you might be thinking, the coffee doesn’t enhance the flavour or energizing effect of the mushrooms. “Unfortunately, it doesn’t help me stay awake”, Nina confirms. “Otherwise, I’d have mushrooms for breakfast every morning.” So, the true magic of these mushrooms lies in their aroma. Commonly know as the “calf (meat) of the forest”, it represents a natural substitute for meat. Recognized chefs and champions of street food swoon over this superb product, which is regionally grown all year round. 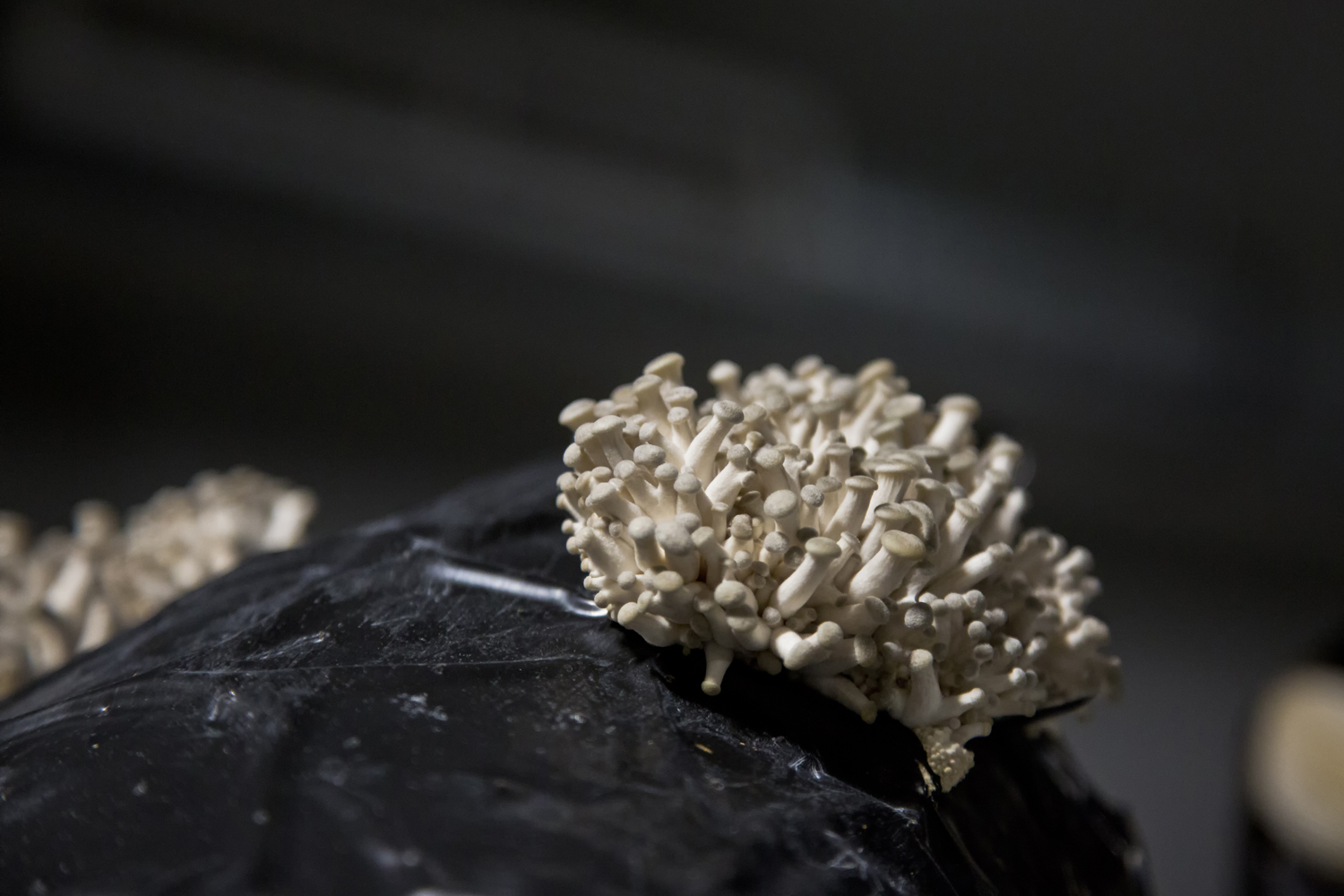 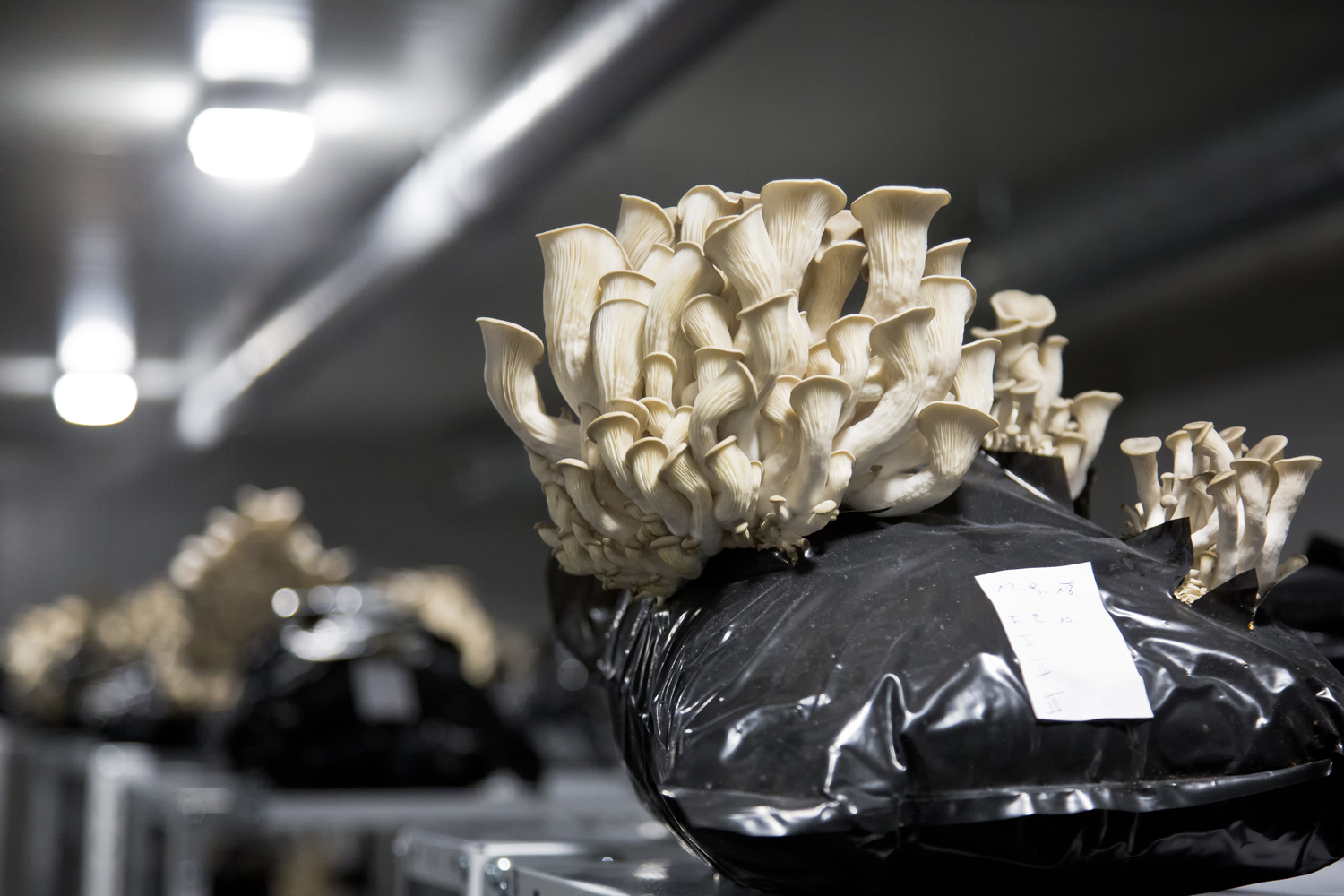 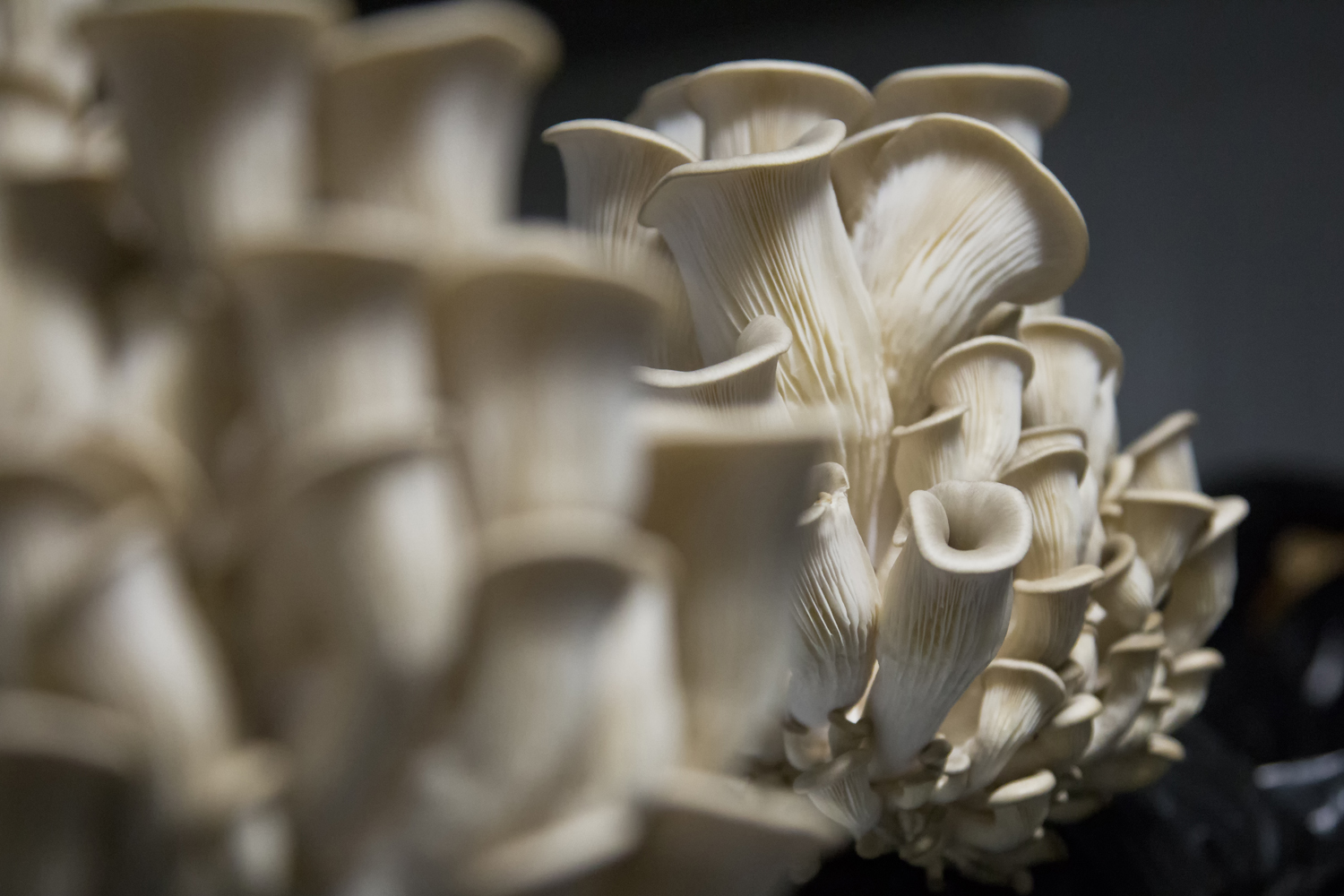 The burgeoning mushroom evidently feels quite at home in the 330 square metres he calls his own. So how does the innovative mushroom farm work? After mixing the coffee grounds and skins with a bit of calcium, the three co-founders add the white mycelia to this base. Then, they fill it into plastic bags and cut these open in various spots. Here, the fruit which we consider the edible part of the mushroom will later burst out of the bag, towards the light. In order to trigger this growth, the farmers simulate the change of season by a drop in temperature: After three weeks in a 25 °C room, the bags are moved to a room with approximately 16 °C and 80-95% humidity. This artificial autumn activates the natural instinct of survival in the mushroom, making it sprout. The three mushroom mamas also play lullabies of Ravi Shankar and Mozart to further improve the growth according to strategies of modern farming.

Nevertheless, one does not have to wait for an entire season to pass, to reap the fruits of this hard word. Under ideal circumstances, you can literally watch the mushroom grow. “It’s crazy”, Mercedes confirms. “When I harvest in the mornings and go back in the evenings, I’m often surprised why I overlooked a mushroom. In fact, it’s already grown back to the same size within the matter of hours.” The small cultivation surface doesn’t impede the project’s greatness: Per hectare, 4.7 tons of wheat can be cultivated annually. The oyster mushroom, however, rings in at an impressive 800 tons per year on the same surface. Mushroom aficionados can acquire a grow kit and usually harvest for the first time within one or two weeks in their own home.

At around a ton of coffee ground per week, Nina, Jasmin and Mercedes have been dealing with quite a few handfuls of work from the start of the production. They and their projects have shot up so fast, that they barely find the time to celebrate their milestones of success. The boundary between work and private life is fluid, not only due to their friendship. Often, they work until late at night, sometimes with the difference, of continuing on someone’s terrace at home and with a glass of red wine. Isn’t that a burden to their friendship? “I think the contrary is difficult if you want to found a start-up”, Jasmin explains. “You really get to know each other well, even if you barely knew each other at first. That’s like in a long-distance relationship: Sometimes, it works great until you move in together.” Mercedes adds: “We are all new to this kind of work. Obviously, we struggled with a great deal of bureaucracy but our strength lies in numbers: We are a team of three and one of us always finds a way out.”

Despite the exhaustion sketched across the faces of the three co-founders, they shine from within. Whether they had problems finding a location, were confronted with sexism or had to face working shifts until late at night; nothing dims their motivation. When one of them drops the thread of the conversation, another picks it up with ease. They only interrupt each other to make a joke, laughter beats the time to our talk. The symbiosis seems perfect.

So, what is their conclusion after three years with Pilzkiste? “I’ve realised that no job was in vain”, Jasmin answers. “Every day, we learn something new. And we really need all the skills we’ve acquired previously. Whether that’s someone who’s done German studies because we need to write texts, someone who’s a speaker because we are filming a video, structural engineering because we have technical question… we need everything and nothing was in vain.” In other words, that is what you call living sustainably. 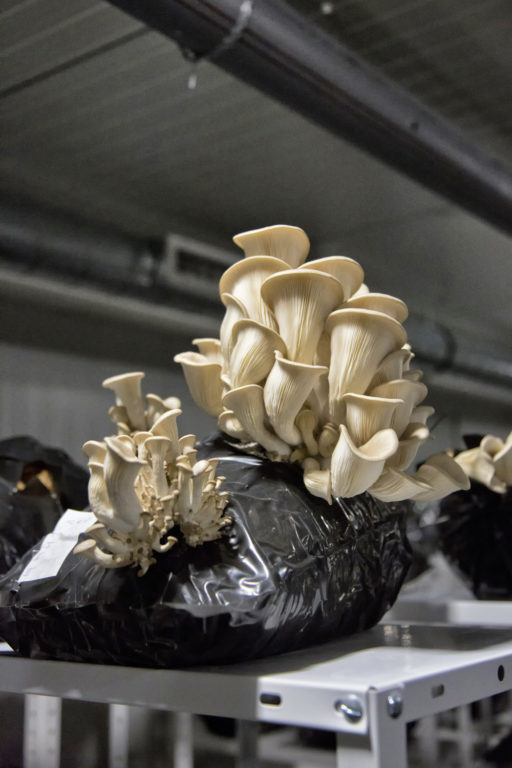 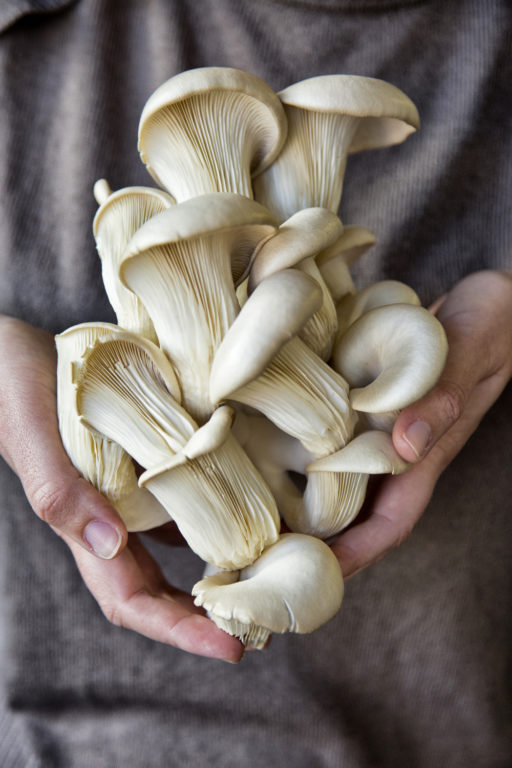 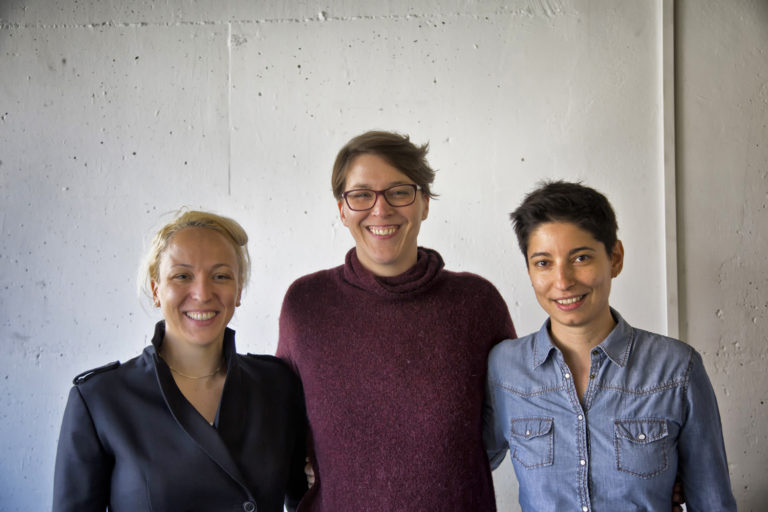 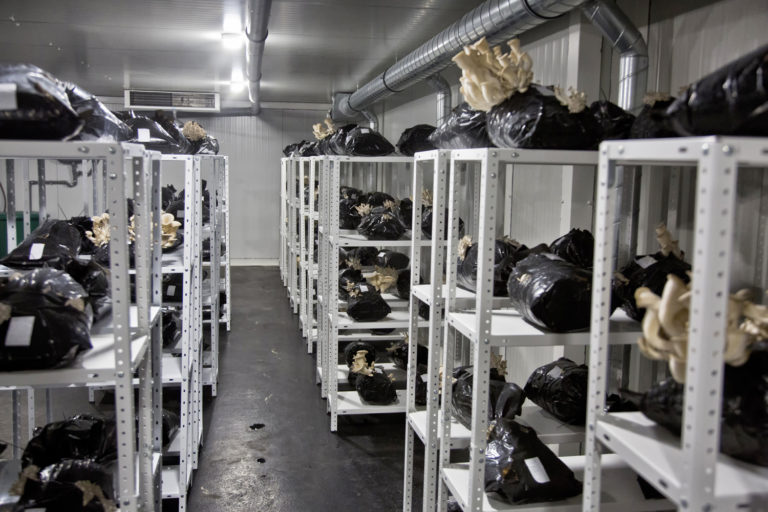 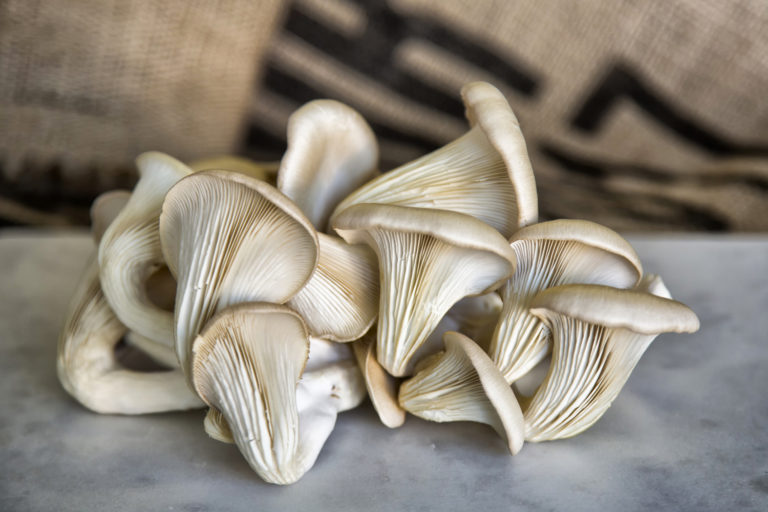 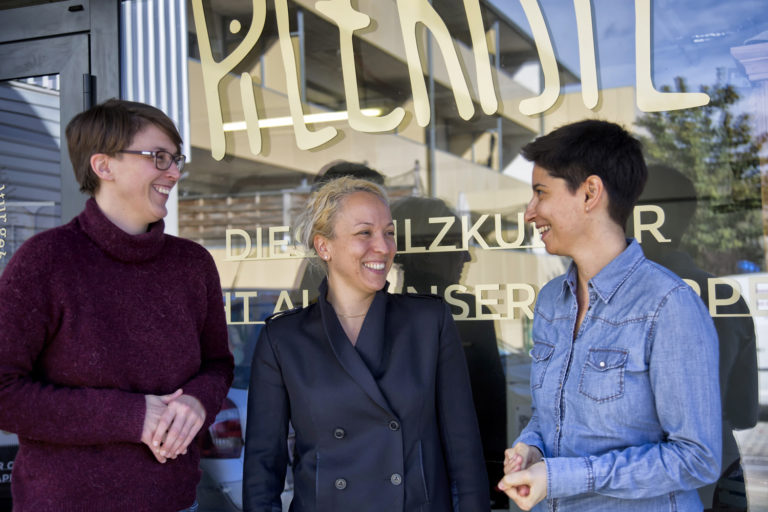 Thank you for reading! For further information please visit: